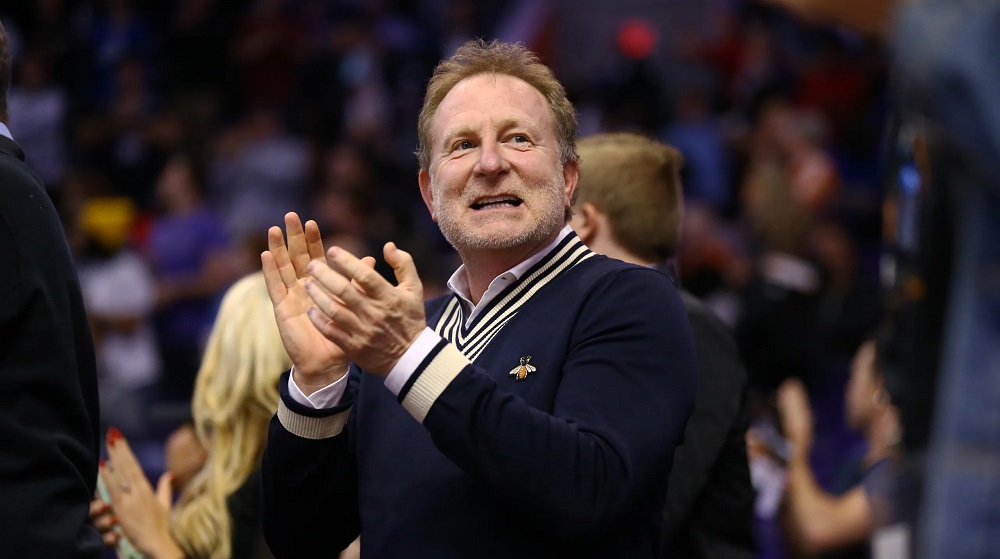 While the NBA had simply decided to suspend him for a year, Robert Sarver has just announced that he has started the procedure to find a buyer for the Suns and the Mercury, which he owns.

A decision that follows the public outcry caused by the revelation of his sexist acts and comments, as well as his use of racist terms, but also the clemency of the NBA in this case. One by one, LeBron James, Chris Paul or even the mayor of Phoenix and the director of the players’ union had felt that Robert Sarver no longer had his place at the head of the franchise.

When the NBA sanctions were announced, Robert Sarver expressed  » his excuses «  for his words and deeds “who offended our employees” and he said to himself, sorry to have caused this suffering” and « These errors of judgment are not compatible » with their personal philosophy or values.

According to Forbes magazine’s barometer, the Phoenix franchise is valued at $1.8 billion. In 2004, Robert Sarver bought it for 401 million dollars.

« Words that I deeply regret now overshadow the nearly two-decade building of organizations that have brought people together – and strengthened the Phoenix area – through the unifying power of professional men’s and women’s basketball. » explains Robert Sarver in a press release. “As a man of faith, I believe in atonement and forgiveness. I expected the commissioner’s one-year suspension to give me time to focus, make amends, and steer controversy away from the teams I and so many fans love. But in the current climate of inability to forgive, it has become painfully clear that this is no longer possible – that all the good I have done, or could still do, is outweighed by the things I have. say in the past. For these reasons, I am starting to look for buyers for the Suns and the Mercury. I don’t want to be a distraction to these two teams and the people who work so hard to bring the joy and passion of basketball to fans around the world. I want the best for both of these organizations, the players, the employees, the fans, the community, my fellow owners, the NBA and the WNBA. This is the best course of action for everyone. In the meantime, I will continue to try to be a better person and support the community in a meaningful way. Thank you for continuing to cheer on the Suns and the Mercury, and for enjoying the power of sport to bring people together. »

For Adam Silver, who appeared very annoyed when justifying the sanction of Robert Sarver, explaining that he simply could not remove a team from an owner, it is undoubtedly a big relief. Giannis on the trail of a massive 60-year-old all-time record! Rudy Gobert responds to Draymond Green and smashes him! « If anyone has to beat Steph Curry’s crazy record, it will be him »