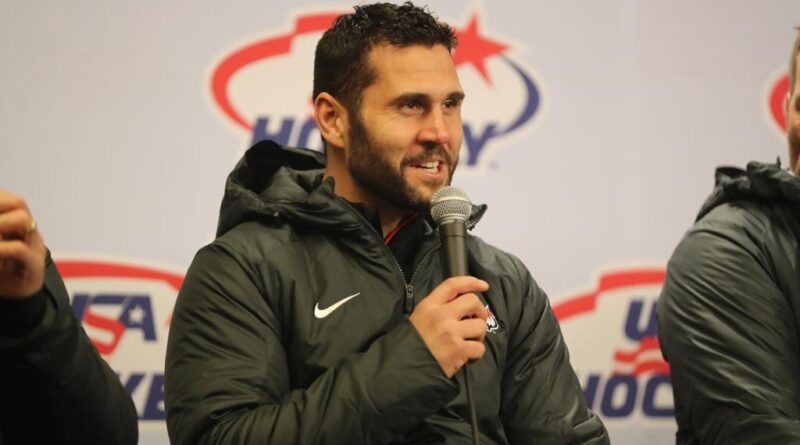 Brian Gionta’s 44th birthday on January 18 was a weekday like any other.

« I relaxed for the first half of the day, » Gionta said last week. “Then, we had to drive the children everywhere in the second part of the day. »

Going to their sons Adam, 17, and James, 10,’s hockey games and daughter Leah, 14,’s soccer games, keeps Gionta and his wife Harvest busy in Rochester, NY . But Gionta, who retired from the NHL in 2018 after 16 seasons, is also getting his start in coaching, having joined Niagara University as director of player development on January 12.

« I’ve known coach Jason Lammers for a few years and we’ve talked for the past few years, » Gionta said. He wanted me to contribute and be part of the team. This year he wanted me to join them and we found a way for me to do so one day a week. »

Gionta, who also serves as an assistant coach for the Buffalo Sabers junior under-18 team, which his son Adam plays for, added that he will try to attend some Niagara University games, depending on his schedule. But his main task is to work with players and coaches before, during and after training every Wednesday.

He has a lot to share from his playing career.

Gionta, who captained the Montreal Canadiens and Buffalo Sabres, also represented the United States at the 2006 Olympics in Turin and 2018 in Pyeongchang, where he was also captain.

« Sometimes you take for granted the intricacies of hockey and the little things you’ve learned over the years, » Gionta said. I share little things like that, I talk to the players after training. I don’t have a big influence on their style of play. Instead, I talk to them about small elements here and there that they can incorporate into their game, whether it’s faceoffs, along the ramp or in front of the net. . »

In an interview with NHL.com, Gionta discussed his potential future behind a bench, the progress of the Sabers and Devils, and the chances of Jack Hughes to break the Devils’ single-season goalscoring record.

Does this job with Niagara University represent for you a first step towards a coaching career, potentially in the NHL?

“I’m not sure. It’s a bit like how I feel since I retired, that is to say that I like to do several things. I don’t want to commit myself full time to something. Right now, it’s the best of both worlds. I can spend time with my family, but stay close to hockey with players and coaches. […] I don’t know what I will be doing in two, three or five years. I take advantage of the moment as it goes. »

How often do you watch Sabers games?

“I participate in a podcast with Craig Rivet and Andrew Peters once a week, so it encourages me to follow them much more closely. So yes, I am the team. I know a lot of people in the organization, like Kevyn Adams (general manager) or Matt Ellis, their assistant coach. It’s fun to follow their season. »

What do you think of the progress they are making towards eventually becoming Stanley Cup Playoff contenders?

“It’s been a long time since it’s been so promising. I don’t know if they’ll make the playoffs this year, but they’re making the progress a rebuilding team wants to see. They get better every year and get a little closer. They’re fighting for a fourth ace spot right now, so that’s what you want to see in a rebuild. It just took a little longer to get there. »

What do you think of the striker’s impact Tagus Thompson and the defender Rasmus Dahlin?

“They are the pillars of the team. Obviously, they’re rebuilding around that young core, and those two have quite a talent. They are progressing really well. Thompson’s progression curve has been much steeper, while Dahlin is getting better with each passing year. I think it’s great that we gave them space to be themselves, to play and to develop. »

The Canadiens forward Cole Caufield is about your size (5-7, 174), but does his style look like you?

“He is definitely a different player. [Brendan] Gallagher reminds me more of the player I was, but [Caufield] has quite a shot. He is rather the kind of player who will stand out to be spotted and scored. It’s fun to watch him play. »

“My son asked me the other day if I thought he was going to break my record. I said, « How many goals does he have? » I knew he was in his mid-twenties at the time. But I don’t follow that carefully. We will see in the last portion of the season. It will inevitably happen one day. In its entire existence, the team has never had a 50-goal scorer. I dare to believe that it will be soon. »

What impresses you about him?

“He is quite a player. I know his family. I played at Boston College with his uncle (Marty Hughes) and I know his dad a bit. He comes from a good family, so it would be great to see him break the record. »

It looks like the Devils will be making the playoffs for the first time since 2018. Are you happy with the progress they’ve made?

“Yeah, they kind of exploded this year. It’s fun to watch them. I know Lindy (Ruff, the coach) well. I know Chris Taylor (an assistant) very well because he was in Rochester, so it’s nice to see these guys succeed. »

Can you believe it’s been almost 20 years since you won the Stanley Cup with the Devils in 2003?

» It’s crazy. It’s weird to think it’s been that long. We will try to be present at [célébrations du 20e anniversaire, avant le match entre les Devils et les Flyers de Philadelphie le 25 février]. […] I’ve kept in touch with some guys, but it would be great to see everyone I haven’t kept in touch with. » 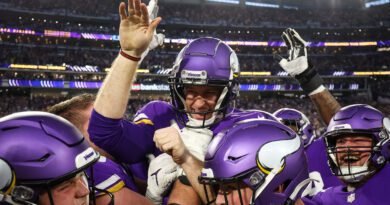