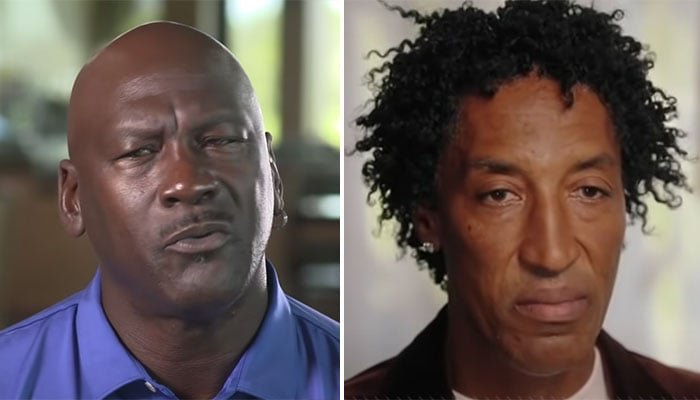 If « The Last Dance » was received with enormous excitement by basketball fans when it was released, former teammates of Michael Jordan do not necessarily share the general opinion. The proof, a legend of the Bulls of the 90s′ has just admitted not speaking to No. 23 since 2020, while he remains very close to Scottie Pippen.

The documentary  » The Last Dance about the Bulls dynasty will go down in NBA history not only for the quality of the production, but also because it was unmissable weekly entertainment in a particularly sad time. Released in the middle of the first confinement in 2020, a crisis that no one will ever forget, this series has been at the heart of many debates and many tensions.

Because the story told by the producer is none other than the one told by Michael Jordan, with his point of view on the various events that animated his time at the Bulls, with a particular highlighting of certain teammates he liked and a more disturbing representation of others he did not like. For example, the GM of the time Jerry Krause is presented as the main reason behind the end of the cycle of Chicago, when he could not defend himself since dead for years…

Moreover, the output of  » The Last Dance had a fatal effect on the relationship between MJ and his longtime sidekick Scottie Pippen, since the latter was presented more as a slacker, a weakling who often sought excuses, than as the Hall of Famer he really is. Besides, and it’s no surprise, some members of the Bulls dynasty are very angry with No. 23 on this subject. This is particularly the case of Horace Grant, who spoke in the excellent program NBA Extra on beIN Sports:

🏀 #NBAExtra
🎙 Horace Grant answered questions from @SoFrenchProd in the #SNL !
👀 By the way, is he still cold with Michael Jordan? pic.twitter.com/BDAxvpb30h

If I had to choose between my time at the Lakers of Shaquille O’Neal and Kobe Bryant, or that at the Bulls of Michael Jordan, I would undoubtedly choose Chicago, where I won my first title and achieved the hat-trick. I still talk to Scottie Pippen almost twice a week, we’ve been friends since 1987. I also talk to Bill Cartwright, Stacey King and BJ Armstrong. Then I also have ties with my Orlando teammates.

With Michael Jordan, we respect each other, even if we had our differences. If we saw each other at a dinner party, I think we would say hello and talk a bit anyway. I think people exaggerate certain things. We both went to fight in Chicago. Afterwards I haven’t spoken to him since the release of his documentary « The Last Dance ». If I saw him, there would be respect.

Whether  » The Last Dance” received a wonderful reception from the public, the Bulls players are much less unanimous on the quality of the documentary. The proof, Horace Grant has not spoken to his former teammate since, when he got very close to Scottie Pippen. Their version of the story must be exciting.

After Isaiah Thomas in LA, another star returns to a cador!

Kyrie Irving would like to stay in Brooklyn no matter what