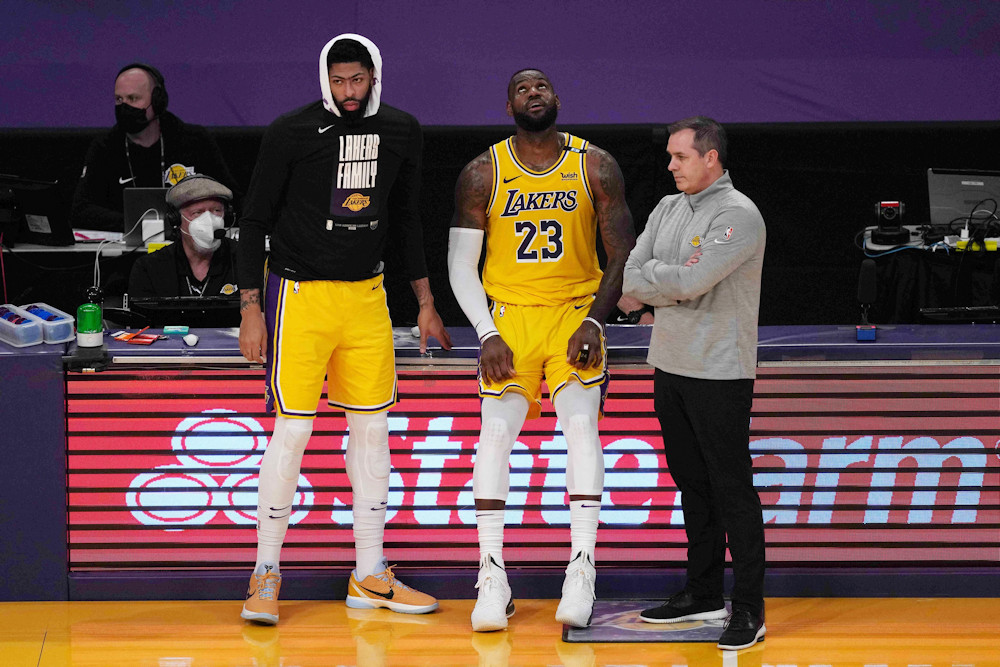 A groin contracture cannot be healed in a few days. Despite care, treatment and rest, Anthony Davis was unable to help LeBron James and the Lakers.

He wanted to play this decisive game for the survival of the Lakers, and he was in the middle ground, alongside Marc Gasol. Unfortunately, the pain was too much and he understood that he would be a drag on his team, and that he would be unable to help them. It was after obstructing a shot from Devin Booker that he was seen wincing.

According to ESPN, he didn’t make his injury worse, and the feelings were the same as before the game. Anthony Davis just tried to play… and he wasn’t physically able to. We saw him come back to defense with a limp, then be in agony to hold his player. Stiff and unable to move sideways, he joined the bench, then the locker room with only one bounce and one pass in five minutes.

« I think the state of health has played a big role this season and put us in this situation » he confided after the match. “It touched all of our guys. We just weren’t healthy this year, whereas last year we were very healthy. We had all the elements, but we weren’t able to stay healthy. It really comes down to me, an important player unable to stay on the pitch. «

To make matters worse, he was joined a little later by Alex Caruso, who was hit on his ankle. A nightmare night for the Lakers, the perfect summary of their very complicated second part of the season with the playoffs finally torn off by a dam, and elimination in the first round. KD and Draymond unite to kill the Warriors!